With more than 20 countries bordering the Mediterranean sea, and about half of them claiming the paternity of Mediterranean diet, it is really difficult to decide what is and what is not part of the diet plan that most nutrition scientists and professionals swear upon.

In territorial terms all twenty countries can call their cuisines Mediterranean. Moroccan cuisine can be called Mediterranean as much as Spanish cuisine or even Turkish cuisine. In order to understand what consists of classic Mediterranean diet we have to look back when the term was first used in the 1960’s when we were first introduced to the Mediterranean diet Pyramid which was based on the diets of Greece and southern Italy.

What is mediteranian diet?

Traditional Mediterranean diet includes a generous portion of fresh produce, grains, and legumes as well as some healthful fats. According to the World Health Organization, a typical guideline to Mediterranean Diet is the following: 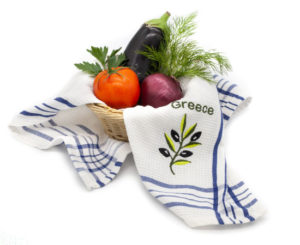 In other words, the diet that carries all the nutritional benefits that we are looking for today is based upon the eating habits of mainly the Greek population and therefore it wouldn’t be inaccurate to say that Greek cuisine is the main ambassador of the true mediterranean diet.

This website uses cookies to improve your experience while you navigate through the website. Out of these, the cookies that are categorized as necessary are stored on your browser as they are essential for the working of basic functionalities of the website. We also use third-party cookies that help us analyze and understand how you use this website. These cookies will be stored in your browser only with your consent. You also have the option to opt-out of these cookies. But opting out of some of these cookies may affect your browsing experience.
Necessary Always Enabled
Necessary cookies are absolutely essential for the website to function properly. This category only includes cookies that ensures basic functionalities and security features of the website. These cookies do not store any personal information.
Non-necessary
Any cookies that may not be particularly necessary for the website to function and is used specifically to collect user personal data via analytics, ads, other embedded contents are termed as non-necessary cookies. It is mandatory to procure user consent prior to running these cookies on your website.
SAVE & ACCEPT